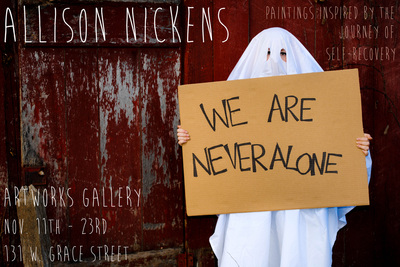 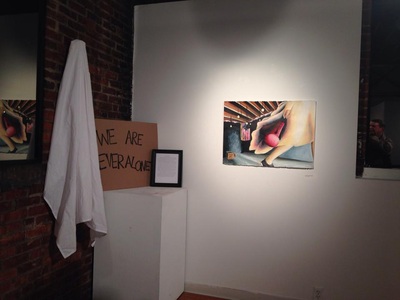 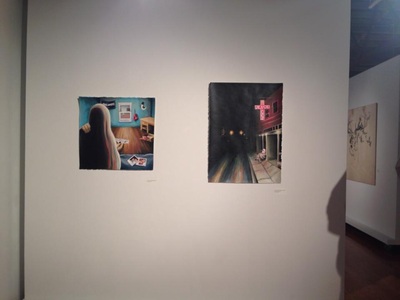 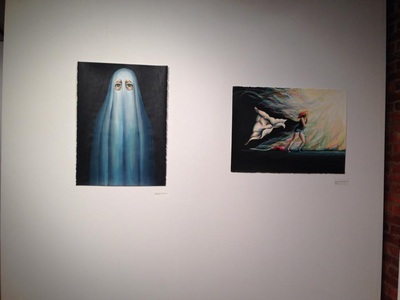 Official Artist's Statement presented at Artworks Gallery:
All of us face various trials and tribulations in our quest to find happiness. We find that we've dug ourselves too deep and can't find the light at the end of the tunnel, the silver lining, or even the will to get out of bed. This series by Allison Nickens catalogues the journey that ensues when we decide that it's time to move forward. We come crashing out of the gate, ready for a fight, but realize that it wasn't as easy as we thought it would be. We dwell on our regrets, lose faith in everything, and feel like we're seconds from collapsing because we can't bear the hurt anymore. At some point we begin to see the beauty of life, though; we notice the multitude of colors hidden in the shadows, or hear an album that changes our entire life because it made us feel like we weren't alone for the first time. No one can say how long this road is, but we push forward anyway.

The artist was largely inspired by the album Suburbia I've Given You All and Now I'm Nothing by The Wonder Years. This album, alongside her friends, family, and art, has aided her in overcoming depression and anxiety. She would like to express her appreciation for those who have helped in her in this journey.

Artful Dodger Show: Who's Yin and Who's Yang? 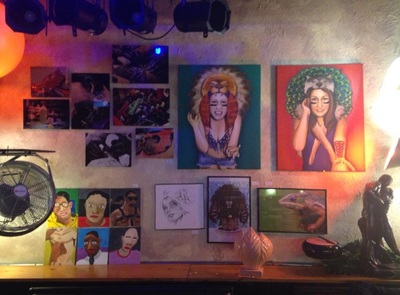 Description of the Works:
This work came from a lot of different places in my heart. I created these pieces back in April during a period of great spiritual enlightenment in which I began to do a lot to better myself. I began practicing yoga, meditation, and contemplating life's great questions. I've always held an immense interest in dream interpretation, astrology, and the roles of spirit animals in our lives; I honestly believe that both are signals from ourselves and from the universe. Everything is interconnected. I began to figure out the balance that we create in our small, personal universes and developed more grand meanings behind my friendships than just my simple appreciation for each person. My beautiful friend Mary Heather, the photographer who is responsible for the photograph of me on my homepage, also began to develop interests in spirit animals, astrology, and dream interpretation at the time. Because these images of us wouldn't leave me alone, I decided to make her a part of the artistic rendering of my journey.

A lot of the meaning that these works have developed for me came during the process of painting them. I worked on them simultaneously, and they grew to perfectly compliment each other every step of the way, just as our friendship has. 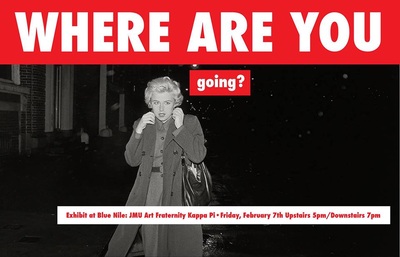 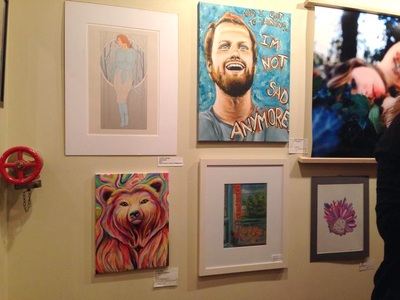 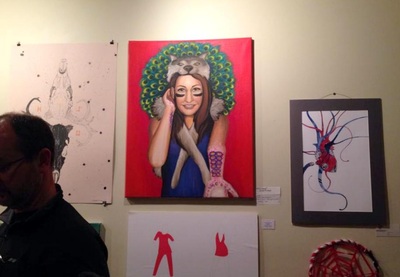 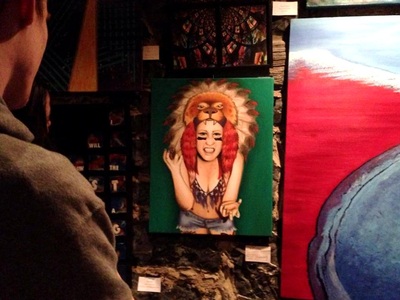 On participating in the Kappa Pi Exhibition:
Showing my work alongside so many talented artists was such an honor. It was my first time showing the portrait of Soupy (Dan Campbell)  , which I've wanted to do for a very long time. Soupy is the lead singer of the band The Wonder Years, whose album Suburbia I've Given You All and Now I'm Nothing inspired my We Are Never Alone series. After completing such an emotional and intense series, I painted Soupy's portrait as an homage to his work that has inspired me to do much more than just paint a five piece series of paintings. 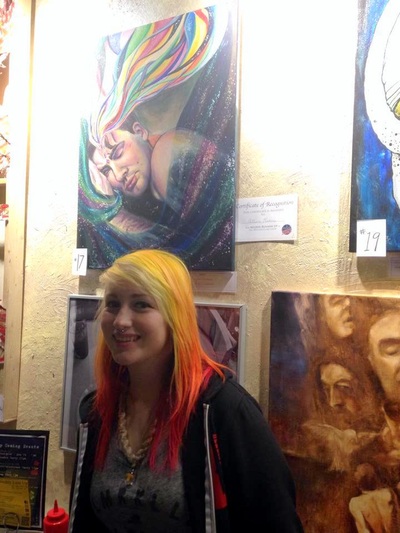 On participating in the 6th Annual Juried Art Show:
What an honor it was to win Second Runner Up in a show featuring 27 absolutely incredible works from my fellow local artists. There were four honorable mentions alongside the first place and three runner up prizes because all of the work in the top eight were within a point of each other. I entered this show thinking I wouldn't come away with much more than another show under my belt because I knew how incredible the other artists entering this show were. This picture captures one of the proudest moments of my life.

As Far as the Eye Can See was a continuation of my theme of dreams and other matters of the mind. I chose to wrap the subject in a blanket of stars and to paint his dreams flowing from his third eye. This idea was surprisingly difficult to execute, but after 50+ hours of pushing and pulling the background and repainting the face, I was able to accomplish exactly what I had pictured in mind. 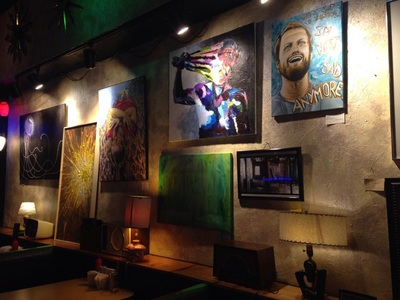 On Participating in My Second Kappa Pi Group Exhibition:
I'm insanely proud to have moved my portrait of Soupy right on in to the Artful Dodger for my second group exhibition with Kappa Pi. The painting directly next to mine belongs to Lauren Browning, who is my Big and dear friend. It's called "Changing" and is a part of a four piece series she did. Her usage of color and attention to the anatomy of the human figure has inspired me in works such as "As Far as the Eye Can See," and "Little Bear," so showing my work beside hers is an incredible honor.